A Tribute To Neil Diamond

A Tribute To
Neil Diamond

Several years ago Paul Shaffer (bandleader from "The Late show with David Letterman") heard Brian La Blanc singing a Neil Diamond song.   He was amazed at how much Brian sounded like Neil Diamond!  So Paul suggested that Brian start a Neil Diamond tribute band.

Brian's wife Rosanne La Blanc quickly came up with the name "Simply Diamond" and the journey had officially begun.  Since that time, Simply Diamond has toured across the United States and internationally. 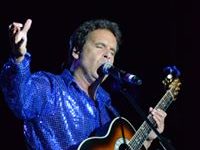 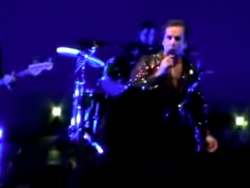 TRUE TO THE MUSIC

Though you will see the famous sequin shirt on stage, Brian and the band really focus on the music first and foremost.  Simply Diamond pays great attention to the detailed song arrangements that Neil Diamond and his collaborators created.

They may sound like simple songs sometimes but when you really dig into the arrangements, they are far from simple.  The songs are brilliantly crafted from beginning to end and Simply Diamond recreates them beautifully!

Brian said, " All the talented musicians in our band often marvel about the complexities of Neil Diamonds' songs and arrangements".

THE WORD IS GETTING AROUND

In early December, Brian made his first appearance on a new AOL internet show called “Latenet with Ray Ellin”.  Paul Shaffer did the honors of introducing him on the show.   He'S also appeared at many clubs in the Tri State NY metro area.

Recently he was a special guest on the Joey Reynolds radio show - another music legend who worked with Neil Diamond at Bang Records.  Joey broke many of Neil’s hits on the radio back in the day.  After Brian sang live, Joey said “I can’t tell the difference between Brian and Neil… If I closed my eyes I’d swear that Neil is here with me in the room”. 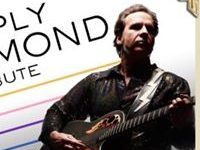 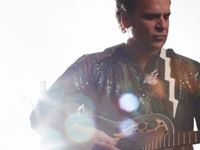 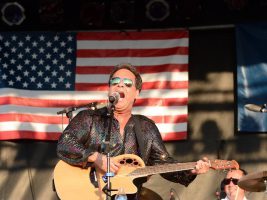